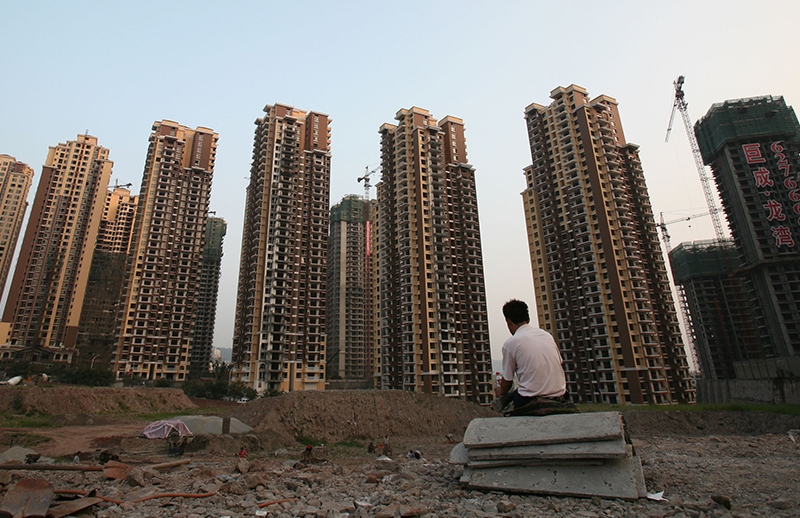 The housing market has often been thought off as a proxy indicator for an economies performance in the OECD economies as well as for large emerging markets such as China. This perceived correlation link has often been driven by the fact that in most of these economies the housing markets take up a major share in the total GDP produced, while for us in shipping they take up an even bigger part of that portion in GDP that’s related to industrial production and consumption of goods rather than services. This though also means that we are more fearful in cases where housing bubbles start to emerge in any of the major economies as a collapse could create havoc as was in part the case of the collapse of the housing market in the U.S. and Europe just prior and right after the 2008 financial crisis. Now it seems we are seeing ever growing concerns being voiced in relation to the state of the housing market in China. This is nothing new and we have been hearing many predict Armageddon in the Chinese housing market for over a decade now (i.e. even before the financial crisis of 2008).
The housing market has played a major role over the past year in the Chinese economy, with average prices of new homes in 70 Chinese cities having increased by 9.2 % year-on-year, while the top 4 cities having shown great multiples of this, with Shanghai having seen rises in the region of 31.2% while second-tier cities such as Xiamen having risen by 43.8%. This fast paced increase has been one of the prime drivers that have helped GDP growth stabilise at its current rate of 6.7% rather than dropping further, while it has also played a vital role in keeping miners more bullish in regards to Chinese demand for raw commodities, with the recent mini rally in imports of iron ore and metallurgical coal likely driven from improvement in China’s internal demand for steel products. Taking these highly bullish figures to the extent of driving you to extreme market exuberance Is highly ill-advised. The Chinese housing market has all the hall marks of a major bubble in the works. There is a considerable portion of these new buyers being investors rather than owner-occupiers, with their primary motive being driven simply on flipping these properties in time to make a respectable return rather than for the actual use of the space (i.e. misleading all of us as to what the true demand for housing is). What is worse is that for many this excessive buying has been spurred by excessive over-borrowing by households, which in the event of a market collapse could leave many of these households over exposed. At the same time though it is important to point out that the sharpest price increases have been noted in major cities, where real demand from owner-occupiers is much higher as most seek to live in these areas which provide them better future prospects and opportunities, while at the same time new home development is more restricted with comparably less new land being provide for new housing projects.
The continued trend of this, maybe under better managed levels and slight restrictions in order to keep the contribution to the bubble by asset-play investors to a minimal might well be a good indicator for the market as a whole. The increased investment and consumption that has been generated from this propping up housing market is what could help drive a slightly faster pace of growth within the world’s most important emerging market. The main hurdle though that will need to be surpassed before we can be more confident as to the forward prospects of this market will be dependent on Income growth being able to expand once more as under the current circumstances are steadily causing these new homes to be ever less affordable.